Understanding the relationship between the natural world, the human, and the Divine has been a driving inquiry of both Western philosophy and religion from the ancient Hellenic and Hebrew eras to the present. Such fundamental questions seem to pervade human thought, as each new generation grows up with a desire to discern their purpose for living, the nature of the world, and how both came to be. At our current crucial moment in history, in which much of humanity’s devastation of Earth has led the planet to the brink of irreversible crisis, such questions of the historical understanding of the relationship of the Divine to the world could be essential to moving forward in a sustainable manner.

The concept of participation in philosophy began with Plato, who used the term methexis to describe the relationship between the realm of eternal Forms, or Ideas, and the realm of incarnate things. Neither of these realms exist independently from the other, nor are they identical. Rather, the realm of divine Ideas informs each incarnated thing, and each of those things partakes in the Forms that give them being. According to Plato, the incarnated beings are able to participate in the Forms because they are recalled, by means of anamnesis or recollection, from prenatal experience. For example, an oak tree incarnates as an acorn, and as it matures it recalls the Form of Oak Tree, in which it participates, from its prenatal experience of the realm of Forms.

In Plato’s conception of participation the world is infused with gods, the Divine saturating the world of becoming. The realm that knits the Forms and the manifest world together into reality is the realm of metaxy, in which daemons carry prayers and blessings between mortals and gods. One such daimon is Eros: love, therefore, is one of the beings that weaves divinity into the material world. Plato aims “to secure the value of the world of becoming by exposing it to the contagion of the Good.”[1] As pertains to much of contemporary humanity’s current relationship with nature, such an understanding of the divine presence informing the world provides an ancient argument for reverence towards the Earth.

The existential participatory turn was put forward by Thomas Aquinas from more of a religious stance than a philosophical one. While Plato addressed the question of what a being is, Thomas takes up the inquiry of why that being exists. Thomas recognized creation as a gift bestowed by God, which also holds implications for a historical study of reverence for the Earth. If the natural world is mistreated or destroyed it is a form of irreverence for the generosity of God. For Thomas, “Creation does not describe a transformation as if from one state to another, but rather a radical relationality, a state of dependence upon the divine.”[2] He calls this relationship causal participation, for the Divine is causing a being to exist. This existence does not belong to the created being, but rather is the imparted gift received from the Divine and is ultimately within the keeping of the Divine. “As the principle of all participated beings, God overflows, even exteriorizes Godself in the generous diffusion that makes creation possible.”[3] Existence is the limited potency of an Infinite Act of God.

One can see the shift in perception of the nature of the Divine from the Platonic to the Medieval Christian era. For Plato the idea of infinity indicated chaos. Therefore, to be perfect, the Divine must be bounded and limited. As Hellenic thought was exposed to Hebraic consciousness and the mystery religions in Alexandria, Neoplatonism developed and with it a new conception of the Divine as infinite. This co-mingling of ideas was carried through Christianity to the time of Thomas Aquinas; it informed his understanding of existence as the infinity of God gifted as a limited potential in mortal beings. As regards the current environmental movement, such a vision of divine existence within a limited creation indicates the sacrality of the natural world, as well as a realization that this world is finite. It calls for respect and preservation, to revere the Divine and conserve its material presence.

Neither the account of participation in Plato nor in Thomas accounts for the creative agency of the human being. This conception of creativity did not exist in the ancient world, as the ability to create was considered the property of the Divine alone. However, as this concept of creativity progressed through history, it instigated the third participatory turn. Human creativity is a form of participation in God’s creativity, but while humans are finitely creative, the Divine remains infinitely creative.

As an understanding of human creativity developed with modernity, the clear distinction between the Divine and the created world began to blur. Benedict de Spinoza developed a pantheistic description of the world which obliterates any boundary between the divine and mortal realms. According to Spinoza, God and nature are one and the same. This expressivist philosophy is no longer participatory, as there can be no relationality between realms. It does, however, plant the seeds for the third participatory turn. “Spinoza, therefore, finds creativity everywhere; every creature participates in creativity and has the power of expression because every creature is God expressing Godself.”[4]

Not only does pantheism do away with participation, it also negates any reason for moral responsibility. If every act is a creative expression of God, then acts of harm or evil can no longer be distinguished from acts of goodness. In regards to acts of environmental devastation, there is no difference between clear-cutting an old-growth forest and protecting endangered species. Both are acts of God, and therefore neither one morally outweighs the other.

The third participatory turn, the creative turn of Schelling, emerges from the lineage of Plato and Thomas Aquinas, and is partially in response to Spinoza’s pantheism. Schelling’s panentheistic view is related to Thomas’ vision of existence as a gift from the Divine, which is an externalizing of God from Godself. Panentheism, instead of equating God with nature, sees God both within nature and transcending nature. Schelling also accounts for the creativity of humans, taking humanity from the level of puppets animated by divine existence to that of creative agents expressing God’s infinite creativity. “Schelling sees everything, humans and nature alike, as alive and creative through their relationship to a living, creative divinity.”[5]

According to Schelling, there is a complexity within God that allows God not only to exist as a transcendent power but also to exceed that transcendence and spill over into immanent form. “Schelling transforms the notion of subjectivity into a dynamic concept of the self as excessive, the subject as that which does not simply coincide with itself and therefore goes beyond itself.”[6] God is composed of three powers: one centripetal, one centrifugal, and a third which binds the first two together in a creative tension. It is this creative tension that allows for the emergence of the world and the individual creative agencies within that world. Therefore, Schelling not only accounts for the essence of Plato and the existence of Aquinas, but also the freedom, imagination, and creative will experienced by the modern human as expressed over the course of a lifetime. “We participate in the Absolute’s own creativity and so, through genuine artwork, reveal the infinite within finite forms.”[7]

Schelling’s panentheism provides an argument for cultivating a reverence for the Divine within the natural world, and also a sense of creative responsibility in our actions towards the Earth. Schelling describes the third power in his concept of God as a universal soul linking nature to spirit, yet all ultimately are the Divine. For Schelling, we live in an ensouled cosmos with which humans have a relationship. This provides a moral reason to care for the Earth and to protect it from wanton destruction.

All three participatory turns indicate a continuous thread running throughout history of a suffusion of the natural world, and the human, with the sacredness of the Divine. Yet today, as the industrial capitalist system consumes Earth’s finite bounty, little trace of this perception of the Divine in the world seems to remain within Western consciousness. For many, the dominant world view has departed even from the mechanized pantheism of Spinoza to an anthropotheism, with the human as God, which has completely disenchanted the world outside the human. The divine subjectivity of God lives in the human alone, if even there. In just over two millennia, nature has gone from being wholly informed by the Good, to a store of untapped resources made good only by human creative ingenuity.

To bring a halt to the rampant destruction of our home planet, humanity needs to recover the ability to perceive and commune with the divinity saturating the cosmos. Participation is a mode of reconnection that can allow one to see humanity’s embeddedness in, and partnership to, the world that we are. The participatory philosophies of Plato, Thomas, and Schelling each offer a crucial step in understanding one’s relationship with the Divine. While no one of these philosophies alone will serve to bring humanity forward into a harmonious ecological era, they provide the essential seeds for the future garden of that relationship to grow. Perhaps the Earth community stands on the threshold of a fourth participatory turn. If engaged fully, that vision may mature into a Form beyond what has yet been imagined by the human mind, a Form currently resting in the imagination of the Divine. 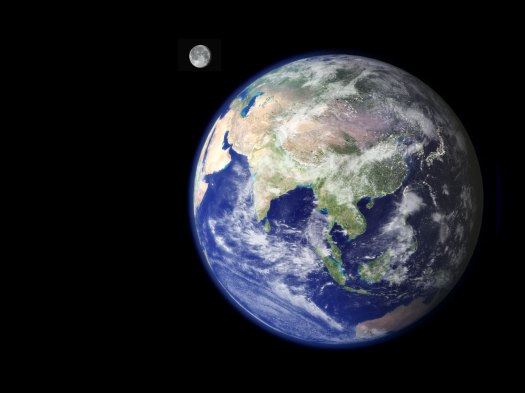 5 Replies to “Full of Gods: Divine Participation for an Ecological Era”